– the ambiguous title reveals little about this film. There’s nothing ambiguous about the story itself, though. I wasn’t expecting much, knowing virtually nothing about it, other than that it was supposed to be dealing with some difficult issues.

If a film boasts this, or if it claims to be a “provocative”, “shockingly revealing” or even “openly accurate” depiction of life, it gives me great pleasure to ignore it, relishing in the uplifting feeling of superiority over the “masses” that can be still so ridiculously naive about life that they need a film to slap them in the face, while the filmmakers make a neat commercial profit out of it.

Unassuming, engaging, disturbing exactly up to the extent in which it allows you to feel with the characters, their feelings and events as they remember them, or lived through them.

What happens and our recollections of it are never exactly the same.

Two boys. One can’t remember. The other can’t forget.

The tag line sums it up nicely, without revealing too much about the plot, which is exactly the best way of approaching this film. See it with an open mind. That’s how the truth catches up on us.

The cast include young Joseph Gordon-Levitt, whose uncanny resemblance to Heath Ledger made me wonder almost throughout the whole film if it really was or wasn’t him..

All the way through, an enriching, engaging, weightless drama. 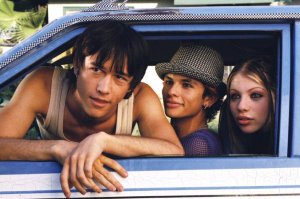 let me know what you think ; ) 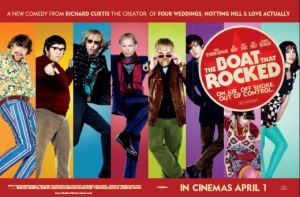 … and, at least in terms of the soundtrack, Rock it did.

Maybe you’ve seen it, maybe you’ve heard about it, or are planning to see it. Or, maybe, you’ve no idea such film even existed.

In any case, go see it in the cinemas, if you’re looking for an evening of pure escapist fun, feeling generally nostalgic and cool about the legacy of the 1960s fashion and music, would like to forget history for a while and go with the party mood.

You’ll get what you’re looking for. An amazing soundtrack (if historically not always 100% accurate) with the likes of The Rolling Stones, The Kinks, Dusty Springfield, The Hollies, Jimmy Hendrix, Buddy Holly, and many many many more, with charismatic Bill Nighy and a bunch of other equally extraordinary characters, more or less familiar to you, depending on how you enjoy British (or American) comedy (e.g. IT Crowd).

Even if you don’t know the actors, even if you’re not into the music of the 1960s, you’ve got pure feel-good fun thrown in to top it off for a great evening of the Rock’n’Roll partying in the true 1960s sense of the word.

If you’re looking for profound plot development, historical accuracy and consistency, or a true story of a real pirate radio station Caroline that inspired the story, or, in fact, would like to see a true depiction of life in the UK of 1966, do not go to see this film, as you might leave the cinema disappointed.

So, in short, a definite recommendation for cinema viewing, mainly because of the necessary volume that the speakers allow you there to enjoy (and, let me say one more time, what music it is!), but stay out if you are not in a party mood.

Additionally, for a bit of advanced English practise (of course), here’s a link to an interesting interview with Bill Nighy in which he talks about the film, the intentions with which it was made and the atmosphere on the set.

enjoying the summer holidays, I suppose? Good on you! ; )

just a quick update today in the English practise&improve section, which now looks way better than before and offers a couple of interesting online places for you to check out and brush up your English with, to prepare for the next term at school (wrote he, with mean laughter echoing in empty corridors and dark studio corners.. )

END_OF_DOCUMENT_TOKEN_TO_BE_REPLACED

as we’re approaching the end of term – the Bc English classes ended today (with a bit of improvisation due to the unexpected cancellation of the afternoon classes) – and we’re into the exam period.

Just flies by, doesn’t it.

Thanks for your participation in the classes. Hope you’ve had enough opportunities to practise and improve. If not, or if some of the classes didn’t meet your expectations, let me know. See if I can improve things.

Haven’t seen much of some of you during the semester. Not much chances to make up for it now, so, good luck with your exams and all.

Actions – or the lack of thereof – speak louder than words. I guess you considered other things more important than English classes, which, of course, is up to you to decide. (And up to me to reflect in the final assessment.)

As for those of you I’ve had the privilege to meet and talk to in our classes,

thanks for your contribution – it’s been a real pleasure to meet you.

Good luck with your exams and everything else,

and see you soon,

Glad to announce a brand new Filmschool Zlin Summer Animation Workshops Video Channel has been set up to showcase the projects created during the past years of this regular event. Established and maintained by Miss @EsquiloEuropeu, aka Verica Kordic! One, two, you know what to do… ; )

Also, all the major updates to the E&F blog will be done weekly, every Friday, although there are always bits and pieces of new stuff added in the absolutoria section as the week – and my classes with you – go by. Regular visits and comments encouraged! ; )

Lying there and staring into ceiling …

Beautiful sunset today. A calm spring evening sky with tones of pink, purple and red lighting up a few scattered fluffy clouds above the horizon. Blackbirds doing their best to keep things nice and the scent of cherries in full blossom. Can hardly get better.

The site, on the other hand, can get better and, hopefully, did get better after a little visual overhaul. If you have any thoughts on how it looks, I’ll appreciate your feedback (some of you already commented – many thanks!)

Now, if you like visual stimuli, the update to the historical topics in absolutoria (1 to 5) should help you remember some milestones thanks to theatrical (film) posters. I’m working backwards, topics 5 – 3 are already posterised and I’ll be adding posters to topics 2 & 1 soon. The plan is to do the same with animation, so if you’d like to recommend some important movies from each period, which are missing there, leave a comment and I’ll put them up.

Which brings us to the question: what are your favourite movies of each decade? Do tell! I’m really interested to hear about your film taste and recommendations and it’s something we’ll discuss in the lessons and on the exam, too, if you pick one of the topics 1 to 5, which are perhaps the most interesting and fun of all topics, but could be also the trickiest, if you lack the general knowledge about film (and world) history.

So, enjoy the artwork on the posters, look at the years and directors and chose those, which you will mention on the exam. It’s a good start.

From other news, I’m optimistic about this little endeavor. Thanks to all of you who’ve come here and left a comment (and intend to do so in the future on regular basis : )) – I really appreciate it!

And now for something completely different – take a look at this:

A big recommendation to go through all of his videos on his channel – intimate, honest, light-hearted, wonderful work. Great style, too ; )

not only you can find new additions in the absolutoria section, namely, new links and info on topics 3, 13, 14 & 15, and some new stuff in the re:free section,

I’ve learnt today that Spike Jonze, the director of ingenious music videos (Bjork, Beastie Boys, Chemical Brothers, Tenacious D), visionary adverts and, above all, films like Being John Malkovich and Adaptation, comes with the film adaptation of one of the most legendary, unique and powerful picture books ever conceived Where The Wild Things Are (first published in 1963). Apparently, Spike Jonze was asked by Mr Maurice Sendak (the author of the picture book) himself, to direct this film and it looks like we’re here for a treat.

If you don’t know Where The Wild Things Are, don’t look for it in electronic form. Dig it out on Amazon, or in good bookstores, buy it, read it. (It’s exactly 10 sentences long, revealing the subconscious, the imaginary and the wild side of the child in all of us).

I don’t know what the film will do to those who don’t know the original picture book, but…… here’s the trailer:

I created this site for my students at Film School Zlín. It was one of the ways I was helping them improve their English while they were working on their animations and film projects - which means this site is no longer updated! ;-)

Thanks for stopping by!